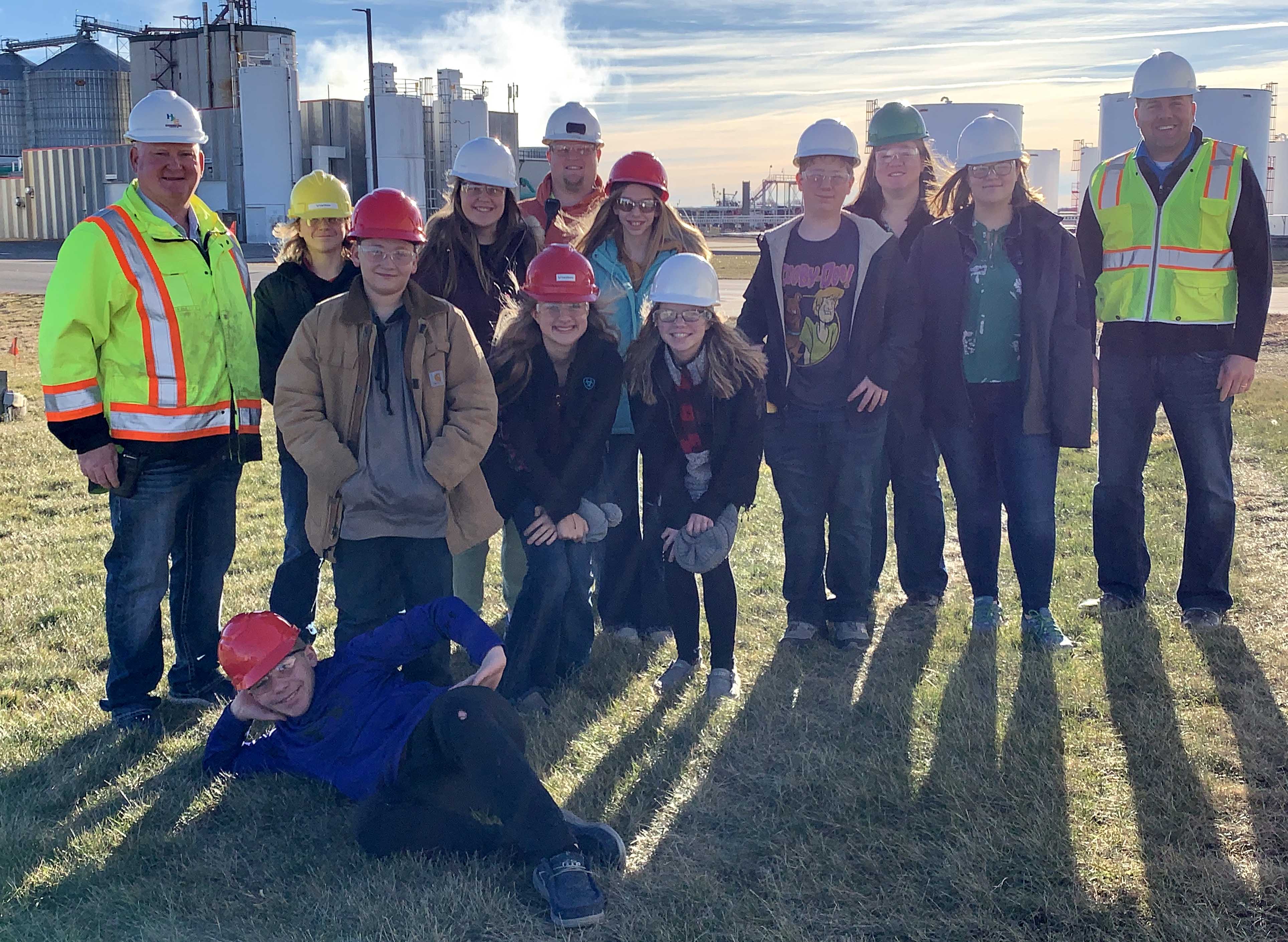 “These tours provide us with an opportunity to explain to them how ethanol is produced and the vital role it plays in reducing greenhouse gas emissions and boosting the economy in Lamberton and in other parts of rural Minnesota,” said Brian Kletscher, CEO of Highway Ethanol.

During the tour, the students learned about the various stages of the ethanol production process such as incoming grain grading, grain handling, fermentation, grain storage, dried distiller grain production and storage, ethanol storage and shipment.

The students, all seventh graders, were from the school’s agriculture class.

The tour was organized by the Minnesota Bio-Fuels Association (MN Bio-Fuels). Highwater Ethanol is a member of MN Bio-Fuels.

“The tour at Highwater Ethanol was our last school tour for 2021. In total, we hosted 13 school tours this year,” said Tim Rudnicki, executive director of MN Bio-Fuels.

“I hope that my 7th Grade students have gained an understanding of agriculture opportunities in the Lamberton area. Highwater Ethanol is a prominent part of our community and it was very beneficial for my students to get an inside look at the facility,” she said.