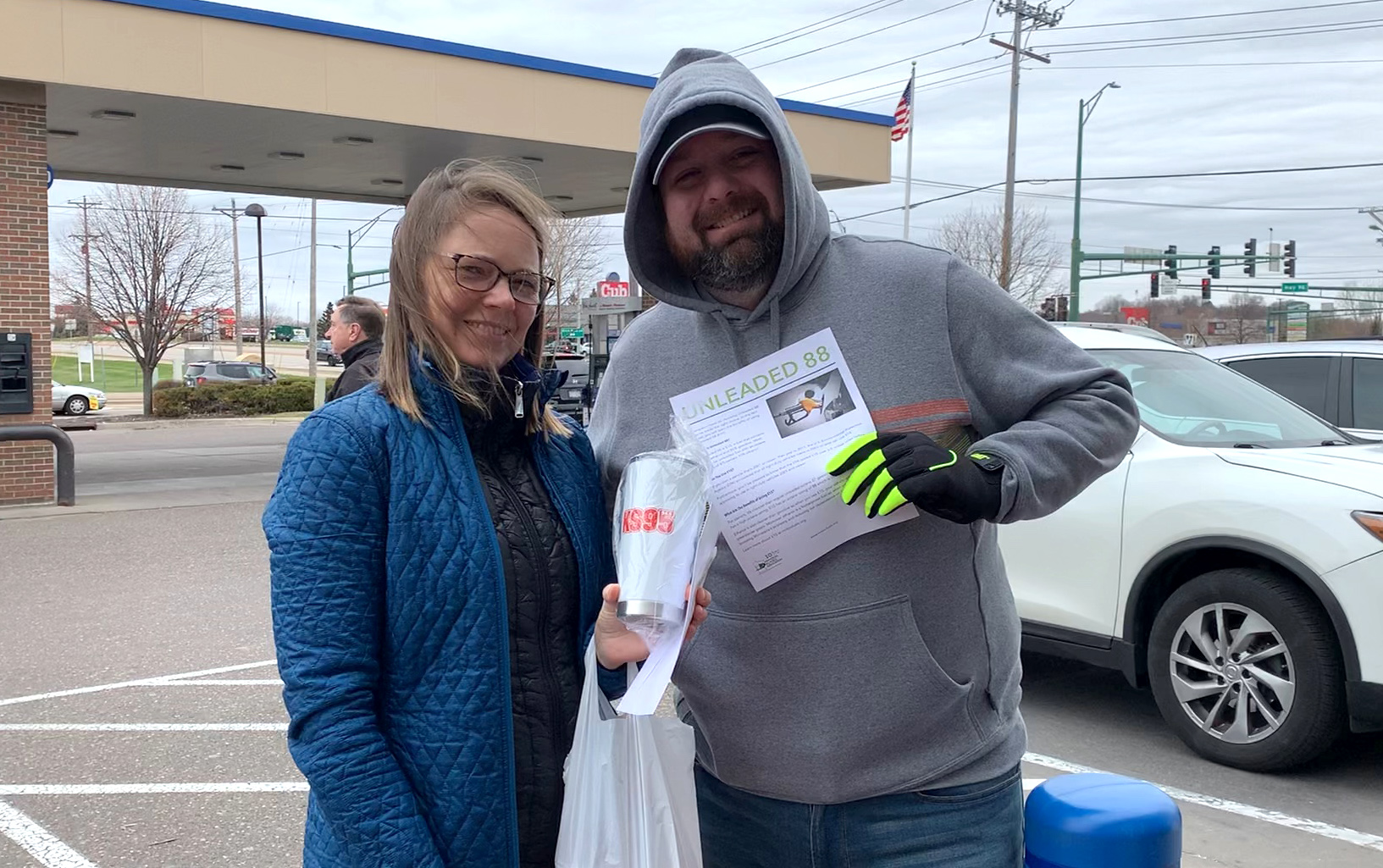 Minneapolis, April 29 - The Minnesota Bio-Fuels Association (MN Bio-Fuels) and KS95 FM teamed up yesterday to educate drivers on the benefits of using E15 during an hour-long promotion at a Holiday station in St Paul.

Drivers who fueled up with E15 during the promotion were rewarded with prizes such as $20 in cash, tickets to the Minnesota Twins and Minnesota United, gift cards to Red Cow and Red Rabbit and KS95 merchandise.

KS95’s personality, Greg “Hutch” Hutchinson, was a the station with MN Bio-Fuels staff during the promotion educating drivers on the many benefits of fueling up with E15.

“We’ll be teaming up with KS95 several more times over the course of the next five months at various gas stations in the Twin Cities metro to reward drivers who fuel up with E15,” said Tim Rudnicki, executive director at MN Bio-Fuels.

Yesterday’s promotion was held at the Holiday station on 4540 Centerville Road in St Paul.