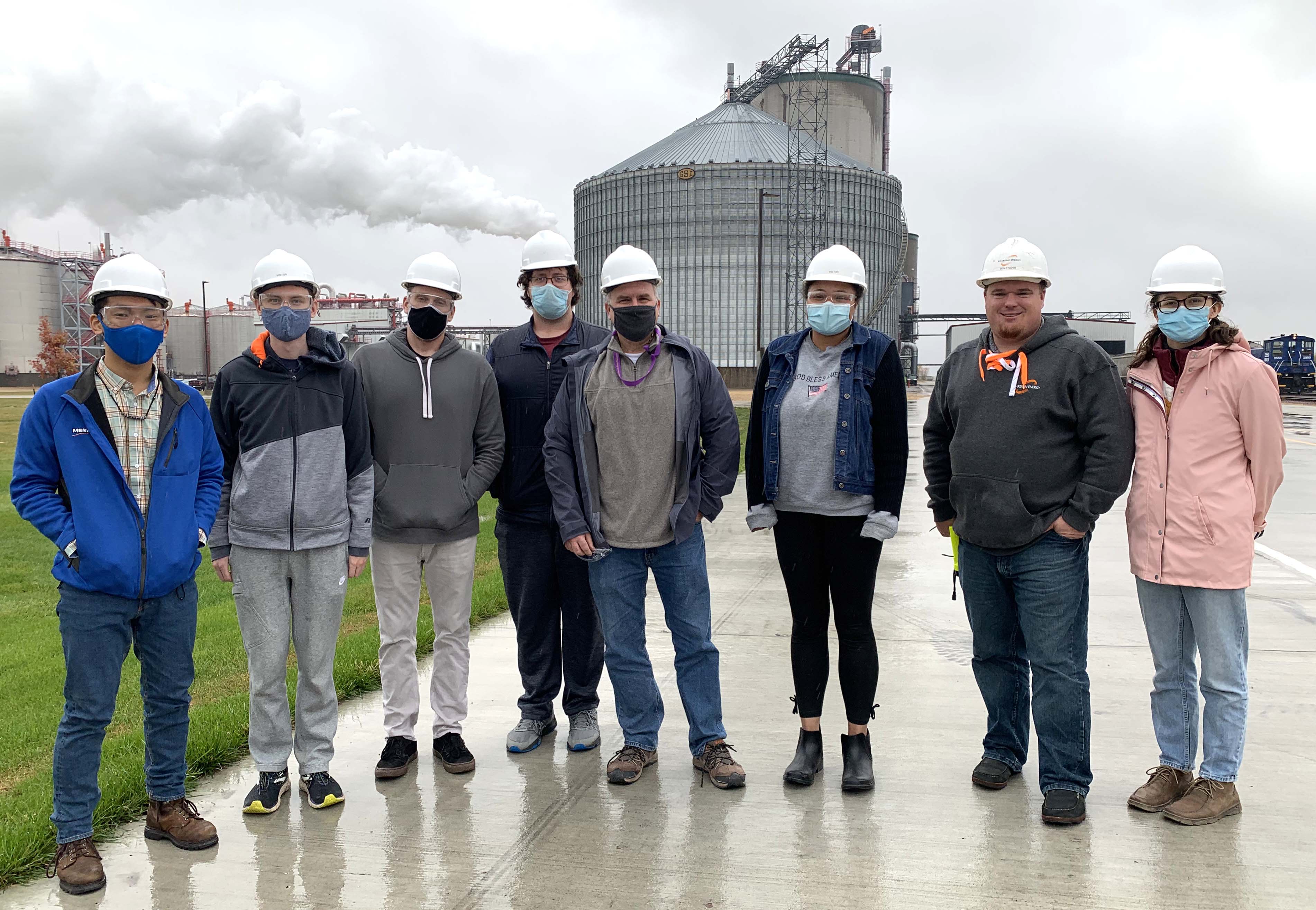 "We were pleased to once again welcome students from Minnesota State Mankato to our plant and explain to them how ethanol is produced. Minnesota-grown ethanol is part of a solar-based ecosystem which converts a renewable feedstock into clean energy, while substantially lowering greenhouse gas emissions and bolstering rural economies,” said Jeanne McCaherty, CEO of Guardian Energy.

The tour was organized by the Minnesota Bio-Fuels Association (MN Bio-Fuels), a non-profit trade organization that represents Minnesota’s ethanol industry. Guardian Energy is a member of MN Bio-Fuels.

“We regularly organize plant tours for college and high school students so that they can see first-hand how clean energy is produced,” said Tim Rudnicki, executive director of MN Bio-Fuels.

Christopher Ruhland, professor of biological sciences at Minnesota State Mankato, said his students were interested in how biotechnology could improve feedstocks for ethanol production.

“Talking about ethanol production to students in the lab is one thing, but seeing ethanol being produced on such a large scale is an eye-opening experience for them.” he said.