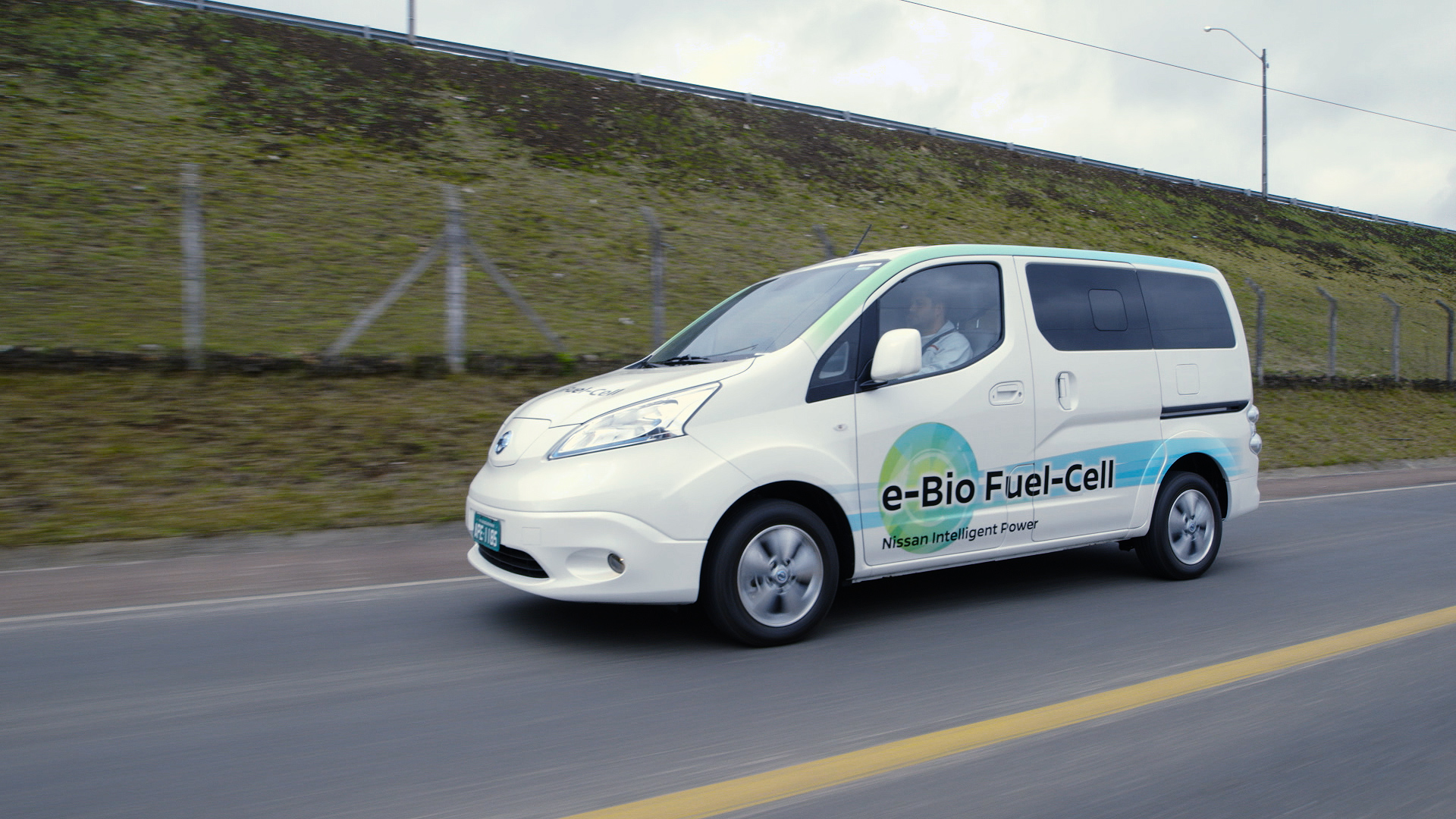 Just in time for the Olympic Games, Nissan is testing a special type of fuel-cell vehicle on the streets of Brazil. The model, based off the NV200 van, runs completely off bio-ethanol and offers a driving range of more than 372 miles.

It doesn't work like other fuel cells which have a built-in tank for storing hydrogen. Instead, the Nissan e-Bio Fuel Cell uses bio-ethanol pumped into the vehicle to generate electricity through a solid-oxide fuel cell.

The model generates electricity by transforming bio-ethanol into hydrogen through an electrochemical reaction from a reformer and atmospheric oxygen. The electricity generated in this process powers the vehicle. Reforming ethanol into hydrogen produces some carbon dioxide, although the same is true for the way other fuel cells works. But Nissan says the process of growing plants used to produce the bio-ethanol cancels out the effects of the emissions. Bio-ethanol, mainly sourced from sugarcane and corn, is widely available in North and South America, which Nissan says is another major benefit to this fuel source.

"The e-Bio Fuel-Cell offers eco-friendly transportation and creates opportunities for regional energy production...all the while supporting the existing infrastructure," Nissan president and CEO Carlos Ghosn said in a statement.

The Nissan e-Bio Fuel-Cell offers a 30-liter tank for ethanol and a 24-kilowatt-hour battery. Given the fact that it's just a prototype for now, its specifications are subject to change should Nissan bring it to market. Nissan says the e-Bio Fuel-Cell is the first vehicle in the world to use a solid-oxide fuel cell. Solid-oxide fuel cells use a solid, ceramic electrolyte rather than a liquid electrolyte, and Nissan says it's highly efficient.