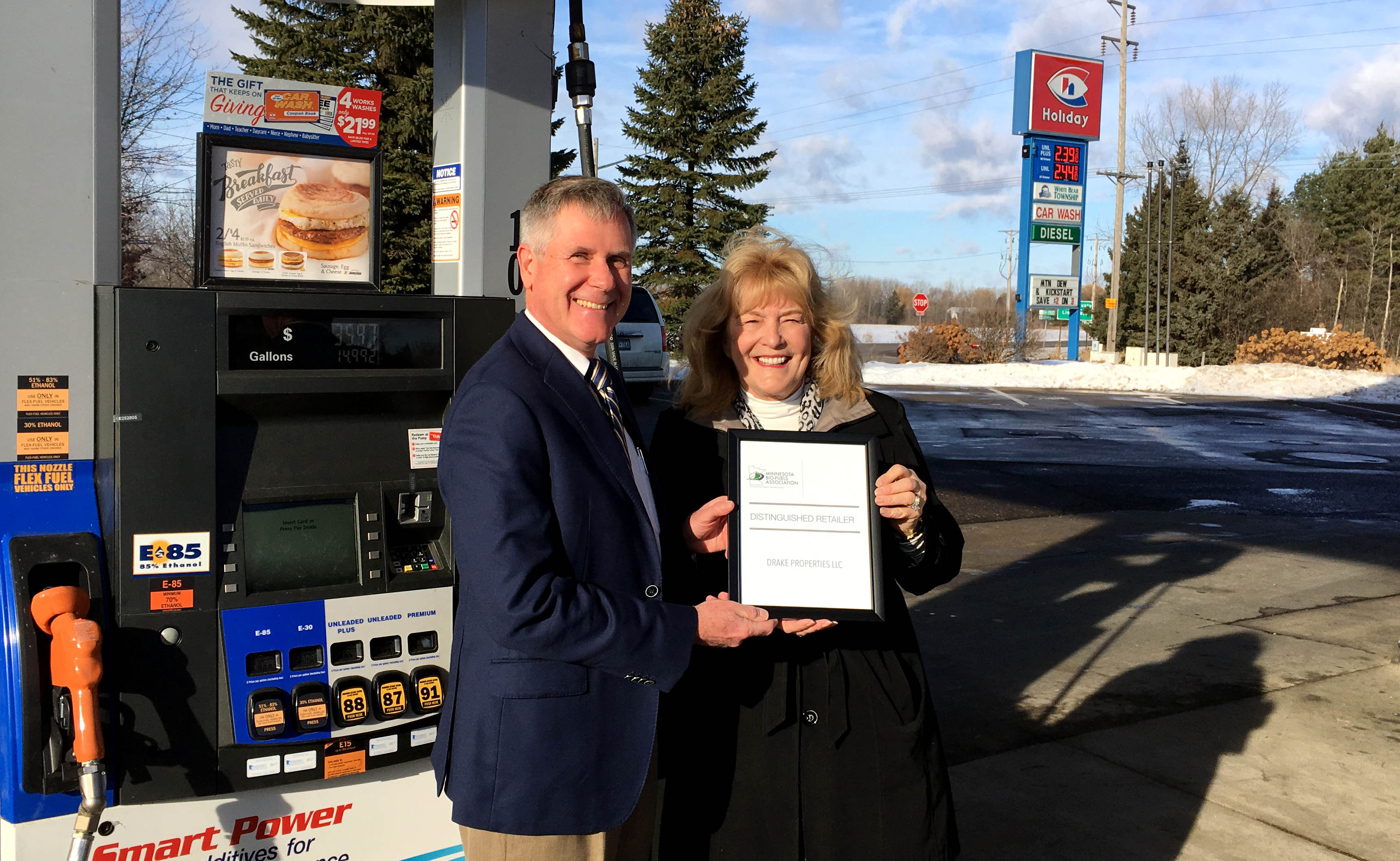 “This award recognizes Drake Properties' commitment to offering consumers a clean and locally-produced choice at the pump. In under 12 months, E15 has been made available in three of its locations,” said Tim Rudnicki, executive director of the Minnesota Bio-Fuels Association.

Drake Properties first began offering E15 at its station on University Avenue in Fridley in November of 2016. This year, it added E15 to its stations on County Road J and Centerville Road in White Bear Lake in May and August respectively.

“I see E15 going the same way as leaded to regular unleaded. We will see a transition where E15 will be the new regular and 87 Octane will be a thing of the past. E15 is the minimum standard we should be at,” said Andrea Drake, owner of Drake Properties.

The company’s three E15 stations are among the 252 stations in the state that offer E15 and have contributed to a record-breaking year for E15 sales in Minnesota.

According to data from the Minnesota Department of Commerce, E15 sales in October breached the 3-million gallon mark for the first time, hitting an all-time high of 3.19 million gallons, nearly three times the previous record of 1.2 million gallons in May.

In total, E15 sales this year as of October totaled 10.7 million gallons (another first for Minnesota), nearly double the amount sold for the whole of 2016 (5.68 million gallons).

“These numbers indicate that as access to E15 increases, so too does consumption. But to fully realize this market’s potential, there’s still more that needs to be done. We have to continue educating consumers on the various benefits of using E15,” Rudnicki said.